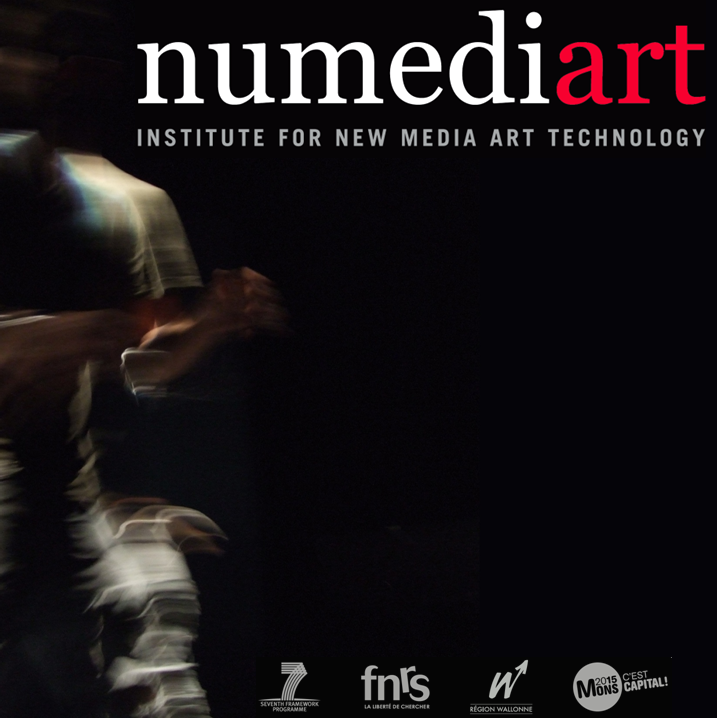 NUMEDIART’s mission is to provide educational training and research in the field of digital art technology, while capitalising on the momentum of Mons 2015, and to contribute to the development and creation of new activities in the creative industries sector.

* Similarity-based hypermedia navigation in large media content. The idea here is to allow one or more users to quickly find data amongst a large collection of multimedia data, for example, sounds, images, videos and 3D objects.
* Interactive performances, for which we have developed a set of miniature and wireless sensors that measure the movements of a performer or object as it happens and to allow for real-time on-stage interaction.
* New Musical Instruments, which aim to develop innovative musical instruments (new or existing instruments enhanced by sensors).
* Monumental projections, which are designed to project images and videos of large 3D structures (buildings) using multiple synchronised projectors
* Motion capture (MOCAP), which analyses resulting data, for controlling avatars and animated characters.
* Social interaction, in which we are developing tools to track people in large spaces, such as in museums, based on the concept of computational attention, and to analyse interactions between individuals in a group. B6