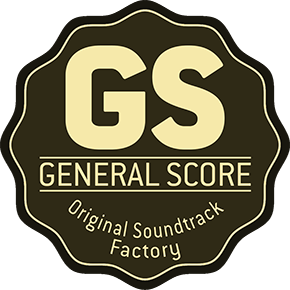 General Score is a group of musicians with complementary personalities and creativeness. Seven composers who have chosen to pool their expertise and diversity in order to provide unrivaled services. Each of them has his own career and style but they all participate in the composition, orchestration, arrangements, writing, programming, conducting, recording, mixing. They can do anything… and they do it together.

General Score is the result of the need to produce music for films by faithfully adhering to three axes : cooperation, ethics and creativity. This structure is based on the three founding partners’ strong belief in a particular state of mind, in tune with a constantly changing world.

General Score rationalizes the production of sound tracks and, for the same price, can therefore offer better services with unbeatable deadlines.

We don’t reinvent anything but as a single team, rather than isolated individuals, we provide a systemic method of expertise and ideas.

With our love of music and precise work, and standing by our personal values, we aim to galvanize the field of motion picture sound tracks.